Greece, officially the Hellenic Republic and known as Hellas, is a country in Southern Europe. The population is around 11 million, with the capital Athens being the largest city.

Greece borders Albania, Bulgaria and Turkey, and is surrounded by the Aegean Sea, the Ionian Sea and the Mediterranean Sea. Greece features a vast number of islands – approximately 1,400, of which only 227 are inhabited. Greece is very hilly, with Mount Olympus being the highest mountain at 2,917 m.

The headquarters of dts Incoming Hellas Touristic Services are located in Heraklion – Crete. Our branch offices are situated in Crete (Chania, Rethymnon, Sitia), Santorini (Cyclades), Rhodes, Kos, Corfu, Zakynthos and Chalkidiki. Every destination offers its guests different and unique things, from its cultural heritage and its Ottoman past to its diverse nature and landscapes with countless beautiful beaches. 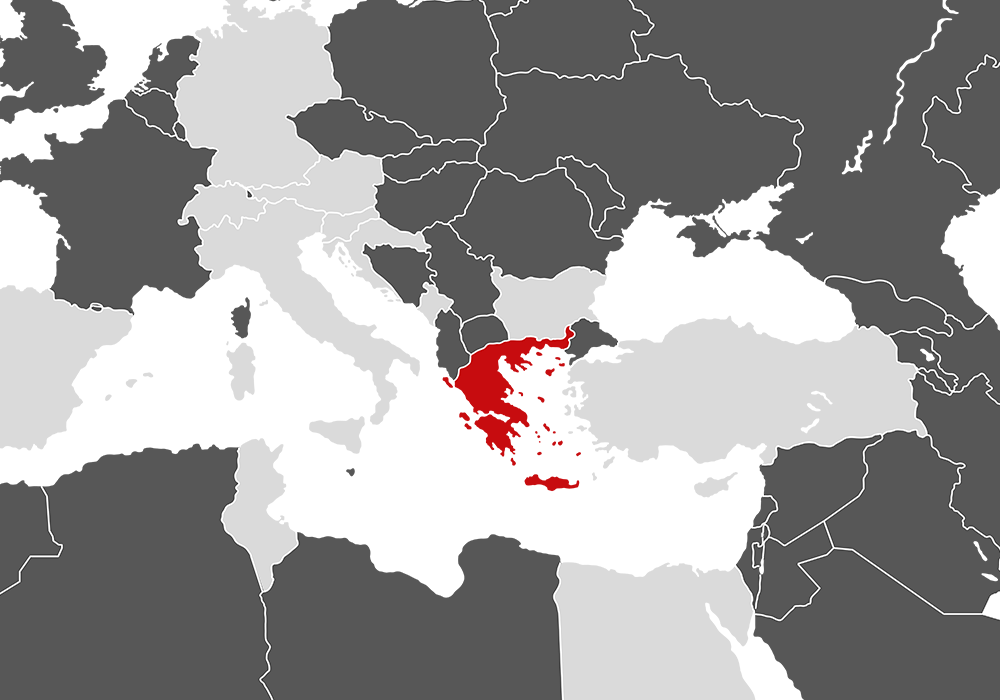 The island of Corfu is located in the Ionian Sea on the west coast of Greece and has a surface area of 614,6 square kilometres, which makes it the second largest of the Ionian Islands.

UNESCO has declared the island’s historic centre a world heritage site. Stately buildings with neoclassical influence, like the Palace of St Michael and St Georgiou, the Liston Arcade, the Reading Society, the Catholic cathedral, the Maitland rotunda, the Ionian Parliament, and the Kapodis-trias family mansion, amaze its visitors.
Its rich multi-cultural heritage, its historic monuments, its stunning natural landscape, its crystal clear seas, and its excellent weather all year round explain why Corfu is one of the most cosmopolitan Mediterranean destinations, weaving a powerful spell on its visitors. The list of beaches is endless. You can find isolated picturesque coves or large, popular beaches with bars, taverns, shops and watersport activities.

Crete is the largest and most popular of the Greek islands, the fifth largest island in the Mediterranean Sea, and one of the 13 administrative regions of Greece. The capital, and the largest city of Crete, is Heraklion. It forms a significant part of the economy and cultural heritage of Greece while retaining its own local cultural features (such as its own poetry and music). Crete was once the centre of the Minoan civilization (2700–1420 BC), which is currently considered as the earliest civilization known in Europe.

Today the island’s tourism infrastructure caters to all tastes, and includes a very wide range of accommodation. There are luxury hotels with their facilities such as swimming pools, sports and recreation; smaller family-owned apartments; camping facilities; and others. Visitors reach the island via two international airports in Heraklion, Chania and a smaller airport in Sitia (international charter and domestic flights), or by boat to the main ports of Heraklion and Chania.

Halkidiki is located in the region of Macedonia, one of the thirteen regions of Greece. With a population of almost 1.9 million Macedonia is the second most populous region in Greece after Attica. The region is based at its capital city of Thessaloniki and is divided into seven regional units (pre-Kallikratis prefectures), Halkidiki, Imathia, Kilkis, Pella, Pieria, Serres and Thessaloniki.

Halkidiki consists of the mainland and a large peninsula that resembles a hand with three “fingers” – Kassandra, Sithonia and Mount Athos Area. Although geographically part of central Macedonia, Mount Athos, the most significant centre of the Greek Orthodox faith, is not administratively part of the region, but an autonomous self-governing state under the sovereignty of Greece.
The Peninsula of Halkidiki is famous for its beaches but it is also endowed with a beautiful and unexplored mountainous territory. Look out for couleur locale at the villages and coastal hamlets and ask the locals to point you towards the sandy beaches hidden from indiscreet eyes behind rocks or footpaths. Take a boat and discover remote coves of the peninsula and dive at Kavourotrypes [crab holes] and the tiny island of Ammouliani.
Halkidiki accounts 55% of the production of table olives in Greece. The table olives of the region recognized as a product with Protected Designation of Origin (PDO), have an important position in the international markets and contribute significantly to the exports of Greece.

Kos is one of the Dodecanese islands in the Aegean Sea and is located only a few miles off the Turkish coast. The island is characterised by an excellent climate, endless coasts and sandy beaches with turquoise water, ancient monuments, impressive Italian buildings (from the time of the Italian occupation, 1912–1945) and beautiful nature.

Almost every beach on Kos is very long. The most famous beaches are Kardamena Beach, with its glorious scenery and deep blue water, Masti-chari, Tigkaki, Marmari, Chrysi Akti, Kefalos and Paradise.
Kos is the birthplace of Hippocrates “the father of modern medicine” antiquity’s most noted physician. One of the attractions is Hippocrates’ huge plane tree – 12 metres in circumference – which, so says the legend, was planted by the doctor himself.
The ancient city and the castles of the Knights of St John who conquered the island during the 14th century, together with the impressive buildings of the period of the Italian occupation, attract the attention of the visitor and compete successfully with the wonderful beaches.

Rhodes is one of the most famous and sought-after holiday destinations in Europe, and the largest Greek island located in the Aegean Sea.

Attractions include the medieval old town, the port of Mandraki, the Acropolis of Lindos, the ancient cities of Kamiros and Ialysos, and the Valley of the Butterflies, a habitat of unique value for the reproduction of the Panaxia Quadripunctaria butterfly. A landscape with eye-catching, generous natural beauty, a rich history and endless attractions make Rhodes a very popular holiday destination. Here you can find vast sandy beaches, emerald waters, castles and ancient civilizations, gourmet restaurants and traditional taverns serving local delicacies.
The contrast is marked by luxury resorts on the one hand and villages where women still bake bread in an outdoor wood-burning oven on the other. Rhodes is a timeless destination in the Dodecanese, popular since the Roman ages. Rhodes is the island of knights, the island of the mythical Colossus of Rhodes, the island where Byzantines, Greeks, Venetians and Turks have all left their mark. The island presents itself to visitors as a beautiful mosaic of cultures.

Welcome to the Cyclades! White facades, blue roofs – you can’t get more Greece than that!

Houses perched spectacularly on the craggy rocks at the edge of the volcanic crater. From above enchanting views over the island and the blue sea: a holiday highlight not only for romantics.
Santorini is the southernmost island of the Cyclades and is located between Ios and Anafi. It is 128 nautical miles away from the port of Piraeus and 63 nautical miles away from Crete.
Thera, Therassia, Aspronisi and the volcanoes (Palaia Kameni and Nea Kameni where the crater of the volcano exists) form the cluster of islands which is called Santorini. It is included, together with Methana, Nisiros and Milos, in the most active of volcanoes in Greece.
The great crater formed by the volcanic eruption of around 1600 BC, adds to its distinct atmosphere: settlements are built on the edge of the crater’s inner walls and not on the sea level, as in other islands. The caldera and the whole cluster of the Santorini islands have been characterized as an area of outstanding natural beauty. In addition, Santorini’s famous beaches are coloured in black, red & white.
Discover the ancient Greek richness by visiting the big excavation in Akrotiri, the archeological site of ancient Thira & the museum of Prehistoric Thera.
Don’t forget to try the local products: barley, split peas, dry cherry tomato, crocus, caper, white eggplant, katsouni & “chloro” cheese that due to drought the taste and aftertaste will charm your palate.
Santorini is waiting to welcome & offer you unique travel experiences combined with multiple aspects in only one destination! So, catch the chance to create your own memories book and let the rest be organized by DTS.

Zakynthos is the third largest of the Ionian islands.

A stunning island on the southwest of Greece, it has to offer magnificent beaches, secluded coves and green blooming valleys. That is why in the past, both Homer and the Venetian rulers used to call it “wooded” and “Levant flower”. Outside Greece its more known for “Navagio Beach” (Shipwreck beach) probably the most famous and most photographed beach  in the world.

The very warm waters, made Zakynthos an object of international interest especially because in the southern part of the island the “CARETTA-CARETTA” turtles breed, they are a rare specimen protected by the Greek legislation with a new marine park.
Along the rocky, western coasts the seals “Monachus Monachus” breed too and they are also protected by the local administrative authorities.

Among the most famous Zakynthian’s, is the poet Dionysios Solomos, he is best known for writing the Greek national hymn.

In the last years the island has undergone a progressive development to offer tourists modern infrastructures keeping its traditional aspect still visible. Visitors can reach the island via the international airport D. Solomos ((international charter and domestic flights), or by boat on the main port of Zakynthos Town. 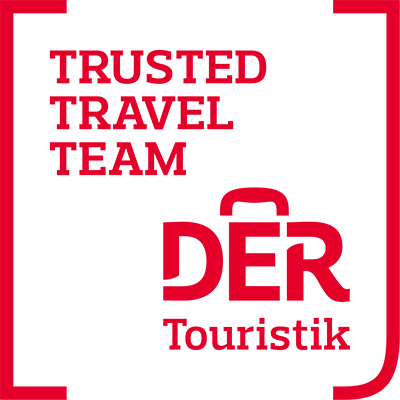